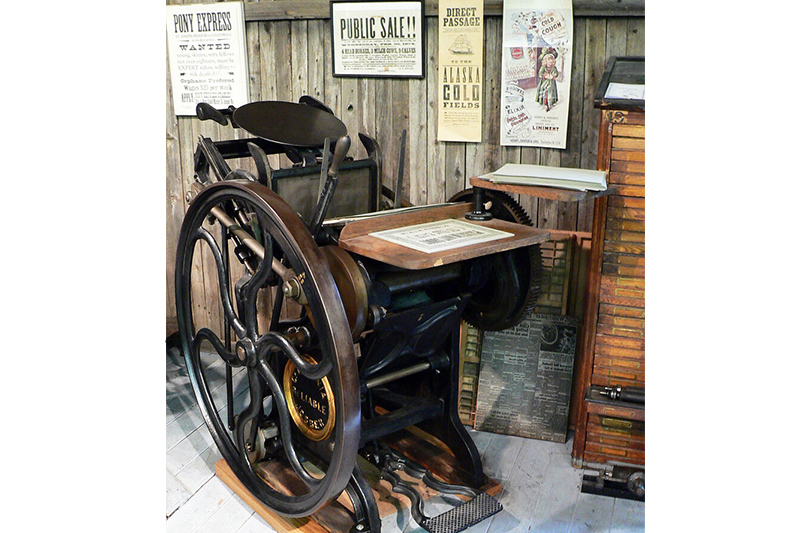 During the 19th century, the availability of cost effective material supply and integration of industrial automation made mass-produced products more prevalent. The printing press would benefit from this evolution, as did the automobile and other machines. This contributed two-fold to the printer. First it reduced the cost of acquisition for printing presses and second, decreased the cost of entry for press manufacturers, creating innovative approaches to press designs and purpose built presses aimed at specific aspects of the business. Now, as an example, a newspaper could choose from presses designed to print newsprint and a commercial printer presses designed to print heavier substrates for sales brochures and catalogues.

The first innovation we will discuss is the duplicator, small letter or legal page machines that allowed short timely reproduction. These machines were popular in schools and churches for printing weekly hand outs, test papers etc. The most popular of these was the Gestetner designed by Thomas Edison and David Gestetner; this technology would dominate the market until the 1990’s. Other machines using a variety of imaging technologies were available such as Polygraphs and Mimeographs (AB Dick); these technologies established the corporate mailroom and small format print industry.

Rotogravure is an adaptation of the intaglio printing process that uses the etched area of the plate as the image area. Etching multiple cells onto a cylinder forms the image; the depth of the cell controls ink density. The paper is then passed between the image cylinder, which picks up ink from the ink well below and an impression cylinder that hold the substrate in contact with the imaging cylinder. This technology produces beautiful photographic quality images but, due to the extremely high cost and time required to produce the cylinders, limits rotogravure to very high volume, high quality printed products such as premium consumer packaging, catalogues and publications. The Sears catalogue, Playboy and National Geographic magazines were examples of rotogravure printing.

Screen-printing or silk screening is not a new technology but, with the advent of photographic materials in the late 19th century, became a cost effective production technique for large format and short run print jobs. Posters and signage are two products that benefited from advancing this process as well as textile printing.

The implementation of cylinders and integration of photosensitive materials lead to the greatest advancement in print technology during the Second Industrial Revolution, the offset press. Offset printing is an evolution of lithography but, instead of applying the image from plate to paper, the image is transferred from plate to a blanket (initially cardboard then replaced with rubber) then the paper is imaged in contact with the offset blanket. The first rotary offset press, developed in England by Robert Barclay in 1875 by taking the Hoe press of 1843 and replacing the flat lithographic stone with a metal rotary cylinder which transferred the image to another rotary cylinder (blanket) then to the substrate that was in contact between the blanket and a third impression cylinder.

The invention of the offset press and integration of photographic technologies for prepress production generated the greatest advance in print since Gutenberg. Drastic improvements in quality, productivity and cost effectiveness fueled rapid expansion of the print industry through the 20th century creating employment opportunities and advances in communications, advertising and publishing.