Dan Neto, president of Print Geek Inc., in Vaughan, Ontario, had secured a substantial decal-production contract from a large enterprise client. But this was no ordinary printing job. Each decal would be unique, contain variable data and custom kiss-cutting requirements. Without a fully automated production workflow that eliminated as many human touchpoints as possible, the high-volume business was unsustainable, and Print Geek knew it would have to pass on the opportunity. That’s when the company turned to Significans Automation. The team created the customized workflow solution Print Geek needed to create efficiencies and grow its business. Now, only 1 employee runs the decal production, accomplishing pre-production work that would otherwise take up to 8 hours in minutes without the need for a full-time graphic designer.

Print Geek is a low-profile print fulfillment company that punches way above its weight thanks to customized automation workflow. Its business model is uniquely simple. The company has one large client, a global enterprise with an online marketplace where several hundred thousand artists have established their own micro stores. It’s much like Etsy, except that it undertakes production and shipping for its artists by utilizing fulfillment partners like Print Geek. For example, an artist might upload an image to his micro store that consumers can then request to have printed on a huge array of products, from decals, to phone cases, to t-shirts. To keep costs down and reduce shipping charges, the large enterprise localizes production as much as it can. Print Geek had originally been the Canadian provider of t-shirts, leveraging a highly automated system it had built from scratch, when the client asked if they could take on fulfillment for posters, mugs and decals. While the posters and mugs could be accommodated with tweaks to the existing system, Print Geek knew that producing high volume decals with variable data would be impossible to sustain unless the company adopted a more sophisticated automated process.

“Most people produce 500 to 10,000 of the same decal. They create the kiss-cut dieline for a single design, then step and repeat the process,” said Neto.

“Where we differ is that we had to print and ship up to 1,300 decals per day, from about 200 individual orders, not just with variable images but also with unique kiss-cut shapes and sizes. I couldn’t afford to have graphic designers sitting in front of a screen tracing dielines all day.”

The goal was to take raw PNG RGB files and create complex layouts in a fully automated way. From there Significans Automation put in place a custom-production ordering system, integrated with Esko Automation Engine and developed workflows to achieve the desired goal, without the need for a prepress department.

Print Geek found a partial solution with Automation Engine and iCut software systems from Esko. But for the system to work to their exact specifications, they needed high-level customization and turned to Significans Automation and CEO Mircea Petrescu.

“Most people, when they buy a program, whether it’s Excel or Esko, only use about 10 per cent of the capabilities of that program. We needed someone who had specialized knowledge of the system, so we brought on Significans Automation. The team was able to customize and work with Esko in ways that most people couldn’t dream of. They figured out an impossible challenge and made it a possibility,” said Neto.

Significans Automation spent four months analyzing Print Geek’s requirements and making the necessary adjustments to the automated system. Now, Neto said, Print Geek has the automated workflow he needs. Orders come in and are run through a clean-up module designed by Significans Automation. From there, folders are created and are processed through the customized Esko system, and the production is hands-free until each decal is automatically organized into layouts and die cut.

“Print Geek will produce close to half a million decals this year, each being about 3” x 4”. Each is essentially a custom job and if we did not have the level of customized workflow automation that Significans Automation created for us, we could not have taken on this business. It would have been unsustainable.”

Not only did Significans Automation solve the logistical problems presented by high-volume custom dielines, it also created huge efficiencies for Print Geek. Neto said it takes only 1 employee to run the decal production. That employee takes just a few minutes to accomplish pre-production work that would otherwise take up an entire shift of work.

Print Geek is a prime example of how a young company can quickly build a profitable business with leading-edge automation. With a lean staff of nine, Print Geek produces high-volume custom work normally associated with much higher staffing levels.

The company has come far from humble roots. Neto was deep into the construction trades in 2014 when two friends offered him a partnership in the newly formed Print Geek. The friends had purchased a small vinyl cutting machine and heat press from Kijiji to heat press t-shirts, and needed help running the devices. From a small basement, the group graduated up to the garage. Eighteen months later, Print Geek moved to the current Vaughan location where it occupied 7,500 sq. ft. In 2016, Print Geek acquired the enterprise client. Last June 2017, the original partnership dissolved and Neto now runs Print Geek on his own, having grown to occupy 10,000 sq. ft. 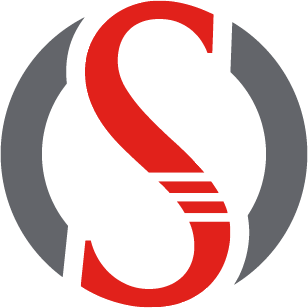 Learn More
We use cookies on our website to give you the most relevant experience by remembering your preferences and repeat visits. By clicking “Accept”, you consent to the use of ALL the cookies.
Cookie settingsACCEPT
Manage consent