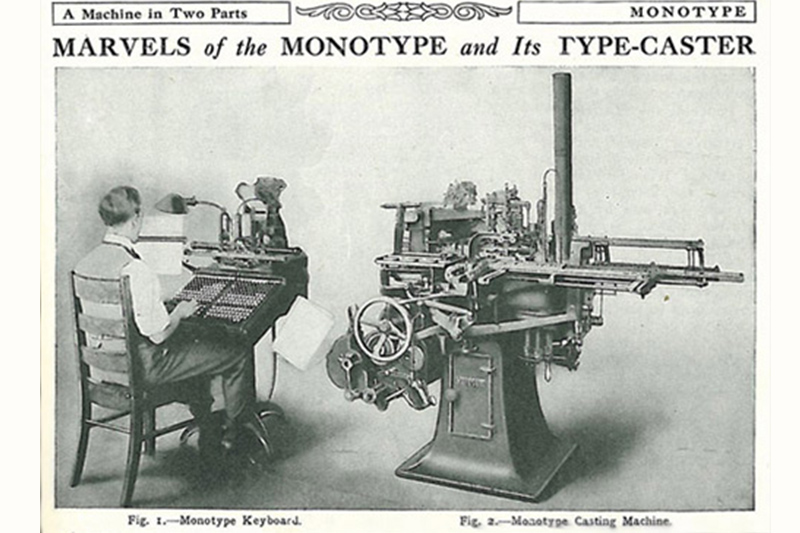 New printing processes enabled by advances in production techniques and materials demanded higher productivity and innovation for prepress. Pages had to be prepared faster, with greater quality and, at lower price points to support the growth of print. During the period of the Second Industrial Revolution, the prepress department became the prepress industry as advances became technically specialized and began to out-produce the average print shop. It is during this period we begin to see the separation of type and composition, prepress and platemaking, printing and bindery.

Photographic technology, invented in the 1840’s soon found it’s way into the print industry. Initially using coated glass then, using George Eastman’s Kodak Corporation’s invention of film the the 1880’s. Film increased the capabilities and capacities of printing, allowing accurate reproduction of images and the creation of multiple plates for longer print runs. It also provided for the creation of the halftone, providing the ability to print continuous tone images. Film also allowed colour images to be printed using colour separation camera work and screening.

Photomechanical reproduction introduced greater design freedom for printed products by making addition of colour and the use of illustrations and photographs a more affordable option. These advances were supported by the introduction of new prepress tools, reproduction cameras, contact frames stripping tables gave birth to the prepress supply industry later to become the graphic arts distribution companies, many are still serving the industry today.

Automated typesetting, photographic based prepress & platemaking, colour separation and a variety of platemaking process’ expanded the offerings of the print industry placing higher technical demands in specialized disciplines such as typesetting, camera work, platemaking and proofing. These technical demands were aided by the introduction of graphic arts programmes in trade schools and colleges as well as the formation of craft guilds and unions to facilitate the supply of qualified labour to a growing industry.